Ahead of the 2024 general election, the issue of adding a three-term presidential term was born from thoughts that produce social construction in the community, even though it does not yet have a strong legal basis. So that the author was moved to conduct research that is in-depth analysis using library data, with the approach of Laws and Regulations as the legal basis. Conduct literature studies with various literatures that are in accordance with the research object. Comparative studies also need to be done with other countries as analysis materials. The legal position of the presidential term has so far not been listed in the 1945 Constitution or referred to as unconstitutional. The addition of the term of office occurs if there is a constitutional change or amandment to the 1945 constitution to the the fifth first, precisely in article 7 of the 1945constitution. Looking at the comparison of the term of office of the President of Indonesia with other countries that adhere to the presidential system of government, it can be a comparison that, the presidential term is no more than two periods before the constitutional amendment is made, in order to avoid the use of power or referred to as abuse of power.

This work is licensed under a Creative Commons Attribution-NonCommercial 4.0 International License. 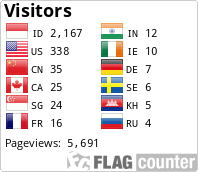